There are mainly 3 types of light that are used in our homes and offices: Incandescent, Fluorescent and Light-Emitting Diode (LED).

As with most market offerings, each type of light has unique characteristics and, of course, strengths as well as weaknesses.

For a quick overview, click here to scroll down to the comparison table.

The most traditional type of light is the incandescent lamp. Unlike fluorescent lights that may flicker for a second or two before lighting up, incandescent bulbs light up instantly. Even though it is the least energy-efficient, it is the most common lighting used in homes. Its predominance is due to three key factors:


There are three common types of incandescent lightbulbs: 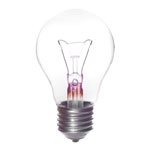 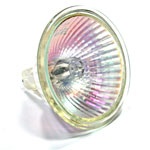 Halogen light is another type of incandescent lighting. The bulb contains a capsule that holds gas around the filaments, making it more energy-efficient than standard incandescent bulbs. Hence these bulbs are also known as energy-saving lightbulbs. Halogen bulbs, as such, are less expensive to use but a little more expensive to buy. 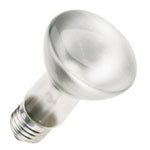 Not only does fluorescent light last around 10 times longer than incandescent ones (take a look at the comparison table below), it uses only around 30% of the energy used by incandescent bulbs.

Fluorescent light is produced by passing an electric current through mercury and inert gases. A ballast (a device used to control the voltage in a fluorescent lamp) is required to provide a high start-up voltage and regulate the current.

The two general types of fluorescent lights are: 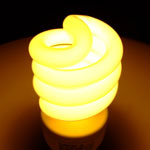 CFLs combine the energy efficiency of fluorescent lighting with the convenience and popularity of incandescent fixtures. CFLs fit most fixtures designed for incandescent bulbs and use about 75% less energy. Although CFLs cost a bit more than comparable incandescent bulbs, they last 6 to 15 times as long (take a look at the comparison table below). If you switch on the light for long periods of time, switching from incandescent to CFL will save you a pretty penny in the long run.

The PLC (Philips Linear - Compact) light is a common type of CFL light. The key feature of PLCs, as opposed to other CFLs, is that the ballast is part of the light fixture and not part of the bulb. PLC lamps tend to be cheaper as a result. 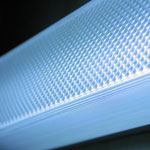 Fluorescent tube is another popular lighting used in Singapore. Traditional tube-type fluorescent lights are usually identified as T12 or T8 (12/8 or 8/8 of an inch tube diameter, respectively). 40-watt, 4-foot (1.2-meter) lamps, and 75-watt, 8-foot (2.4-meter) lamps are two of the most common types. They are installed in dedicated fixtures with built-in ballasts.

Fluorescent lights are not without weaknesses. CFLs take a few moments to reach full brightness. Also, if a fluorescent lamp is broken, the mercury contained will escape. According to the National Environment Agency (NEA), the trace amounts of mercury released is unlikely to pose a threat to human health. All the same, NEA advises minimizing exposure and avoiding direct contact with broken fluorescent lamps. 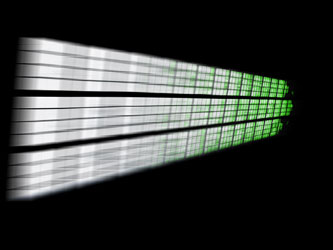 The newest type of light to hit the residential lighting market is the light-emitting diode (LED). It is one of the most energy-efficient lighting available for use today.

An LED light consists of small dots emitting a mix of red, green and blue to form white light. Unlike incandescent bulbs and CFLs, LEDs emit very little heat and also minimise the need for reflectors and diffusers. This make LEDs much more efficient. Furthermore, LED light bulbs are hardier and last longer than other types of residential lighting. As LEDs have such long lifespans, which equates to having to change the light less often, they are ideal for hard-to-reach areas.

Due to LED's advantages, it's no surprise that it cost significantly more than other lighting options. Beside the higher price tag, LED lights, as of February 2013, still cannot produce the warm atmospheric tones that incandescent and fluoroscent lights can.

Update May 2016: Prices of LED lights have plummeted. You can now get an LED bulb for less than $5. As if that is not enough, LED technology has recently advanced to deliver warms colour tones as good as incandescent bulbs! With economical and energy-efficient lights like LEDs and CFLs, it's no wonder that incandescent light bulbs are being phased out in countries such as USA, China and even our neighbour, Malaysia.